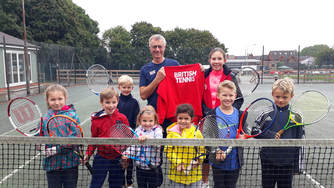 Wall Heath Tennis Coach Makes Great Britain Debut    Wall Heath tennis club's coach is hoping it's game, set, match when he makes his GB debut later this month.   Adrian Hyde, Head Coach at Wall Heath Tennis Club, has been selected to represent Great Britain in the European Club Senior Championships later this month.
Adrian will be making his GB debut at the age of 54 and is looking forward to the competition which will be held at La Manga Tennis Club, Spain from 17th – 22nd September.
The honour is as a result of Adrian playing for Florence Tennis Club, Staffordshire who won the over 50s Great Britain club championships in November last year.
The Wall Heath Tennis Club coach started playing at the age of 8 after his parents, Doug and Val Hyde who were keen players themselves, helped to get the current club started in 1972.
He has represented Staffordshire at county level for more than 30 years and is delighted to now represent Great Britain on the European stage.
Adrian comments: “I still love the game as much as I did when I first started playing nearly 50 years ago. I am grateful to my parents for introducing me to tennis and taking me to tournaments as a junior.
“The game has given me many happy memories with a highlight being able to represent Staffordshire at Wimbledon. However, the greatest benefit of taking up the game has undoubtedly been making so many friends over the years.”
Adrian has coached at the club since qualifying at 18 and runs a programme for all ages and abilities all year round. He is currently working with the Tennis Foundation and Dudley and Walsall Mental Health Patnership NHS Trust to provide coaching as a means to improving patients well being.
As coach he has seen many people take up and enjoy the game at all levels and believes the club has a key role to play in the community, providing a healthy activity and a safe, friendly and social environment for children and adults.
Currently, the club is desperate to raise money in order to resurface their courts which are breaking up. Members are keen to hear from anyone, including businesses, in the area to support the club in their efforts to continue to provide this healthy opportunity for the community.
Adrian adds: “All of us at the club are really keen to give children the same opportunity that we had, to train at a small and welcoming local club. Who knows we might even produce a future Wimbledon Champion like Dorothy Round of Dudley!”
Paul Parry, chairman of Wall Heath Tennis Club, said: “We're really proud of Adrian. He has dedicated his coaching career to the club where it all began for him and has taught hundreds of people over the years. We wish him all the very best in his forthcoming championships representing GB and Wall Heath Tennis Club too.” 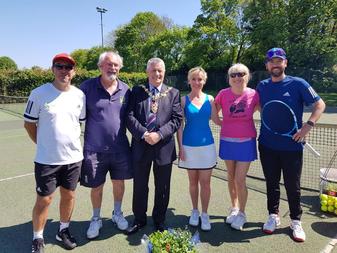 Mayor welcomes British Davis Cup players to Wall Heath Tennis Club
On Saturday 5th May, Mayor of Dudley, Dave Tyler welcomed two of Britain’s former Davis Cup players to Wall Heath Tennis Club for a coaching clinic open to both members and non-members organised  by Committee Member Lorna Harris.
Over 100 juniors and adults received expert tuition from Danny Sapsford and Luke Milligan representing the charity Bright Ideas. Dave Tyler expressed his delight at seeing the tennis club, at the heart of the Wall Heath community, being enjoyed by so many. He thanked Danny and Luke for helping the club in its efforts to raise money for the resurfacing of their courts.
Sapsford and Milligan, both with Wimbledon experience, provided their services for free and the club expect to have raised £2000 from the day’s activities and sponsors. The club’s chairman, Paul Parry, also thanked Hickorys Smokehouse for providing refreshments and helpers for the day and Midcounties  Co-operative and Helping Hands both for their kind donation of £250.  The club have also received much needed generosity from Cory Environmental and Ibstock Cory who provided funds for a brand new clubhouse and a wheel chair access pathway.
In an exciting finale to the day’s events, Sapsford teamed up with Ed Bull and Milligan with Adrian Hyde (Head Coach) to give an exhibition match. The large crowd were treated to some high quality tennis and a good deal of fun from the Davis Cup stars. Milligan and Hyde prevailed in a tense encounter which finished with a sudden death point at 6-6 in the tie break.
Head Coach Adrian Hyde says that the club are keen to encourage even greater participation and membership of the facility by holding an open day on Saturday 12th May as part of the Lawn Tennis Association’s Great British Tennis Weekend. Everyone is welcome to the courts in Enville Rd, Wall Heath between 10am and 1.15pm. To sign up for a session go to www.lta.org.uk/gbtw  or you can just turn up and have a go for free. Rackets and refreshments will be provided free of charge and membership will be heavily discounted.
April 2018 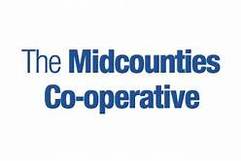 The tennis club would like to thank the local Midcounties Co-operative for their kind donation of £250 which has helped to fund our  Davis Cup day on Saturday 5th May 1 pm to 6 pm.